A NATIONWIDE out-of-hours medical helpline will not be rolled out in Shropshire for at least 18 months, an Oswestry doctor has revealed. Dr Paul Middleton said the introduction of the NHS 111 service has been delayed after it was “deemed unsafe” in the West Midlands. Shropshire’s Clinical Commissioning Group, formerly the Primary Care Trust, had expected to implement a ‘soft launch’ of the care line across the West Midlands on February 12, but both Shropshire, and Telford and Wrekin have temporarily pulled out.

The new service was designed to replace the existing Shropdoc service by diverting patient calls to a call centre rather than straight to the 300 local GPs who man it. Dr Middleton, senior partner at Oswestry’s Caxton Surgery, who had opposed the new service, told the Advertizer: “Shropdoc will go back to being the main service for 18 months at least. “It is a shame because Shropdoc scaled back massively and made redundancies in anticipation of the helpline, and after two days of it being run it has been cancelled.” In the run-up to the helpline’s launch in Shropshire, Oswestry town councillors had expressed their concerns about the scheme to the Secretary of State for Health, Jeremy Hunt.

“In order for this type of service to work it needs to be implemented in relation to the ordinary out-of-hours service, which is found satisfactory. It must be redesigned to work for people,” Dr Middleton added.

Anna M Donaldson, from the NHS Central Midlands Commissioning Support Unit, said the organisation was “committed” to the introduction of 111 in the West Midlands, but confirmed calls were currently being diverted to Shropdoc.

She continued: “There have been some issues in its introduction, which is why Shropdoc are continuing to handle the 111 calls in Telford and Wrekin and Shropshire, and discussions are underway as to how long this will continue as this is currently an interim measure.

“We are concerned about any death of a patient and have asked NHS Direct who provide our 111 service in the West Midlands to provide more details.

“We do not as a rule comment on individual cases but would need to investigate and respond to the family as appropriate if they have complained or raised an issue.” 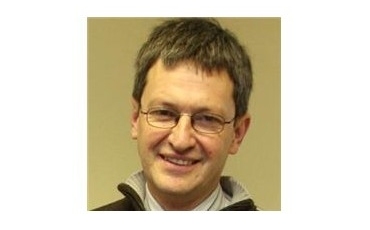