The Steve Hugh award is given in memory of Dr Steve Hugh.

Steve was involved with Shropdoc from its earliest days. He was committed to improve the quality of our services and set the highest standards in clinical excellence. He was a major influence on the development of Shropdoc from a GP out of hours service into the complex range of services we coordinate and deliver 24 hours a day seven days a week.

As the Medical Director of Shropdoc he showed great interest not only in the services provided by ourselves but also those of other Allied health professionals. With his ethos of clinical excellence we thought it would be a fitting tribute to his memory to institute an award that is open to any health professional who can be nominated by a colleague as an example of someone providing or developing a service that goes beyond normal expectations to the benefit of patients.

The award is made annually and there is a cheque for £500 to be presented to a Charity or local project of the winner's choosing.

2011  Sister Val Proctor and her Team

"I phoned Shropdoc Tuesday morning at 3am and the Doctor on call arranged an appointment for me at the local hospital - thank you Shropdoc for your help."

"I am a Hospice @ Home nurse, and would like to pass thanks to the visiting Dr for his time, patience and for being so thorough.  The medication administered helped and the patient is now settled and comfortable."

"I just wanted to message as yet again tonight my daughter has received a great and prompt service by shropdoc.  Such friendly staff and nothing is ever too much trouble - my children have had to attend a couple of times over the last few weeks and we’re very grateful!  Too many people are soon to make a complaint but don't take the time to compliment where it's due - wonderful service!"

"I would like to thank the Call handler who took our call last night - she was very helpful in finding pharmacy information at an awkward time and for people that don't know the area well."

"As an asthmatic with a child under one, I have used the service on a number of occasions and have always found the call handlers and medical staff to be friendly, reassuring and very thorough.  A real lifeline.  Friends and family living in other counties are very jealous that we have access to such an excellent service."

Shropdoc set up a direct dial local palliative care helpline at the end of March 2020 and would now value feedback on how the system is working for the people of Shropshire, Telford and Wrekin and Powys. 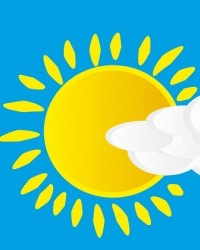 Protect yourself and stay safe in the sun.